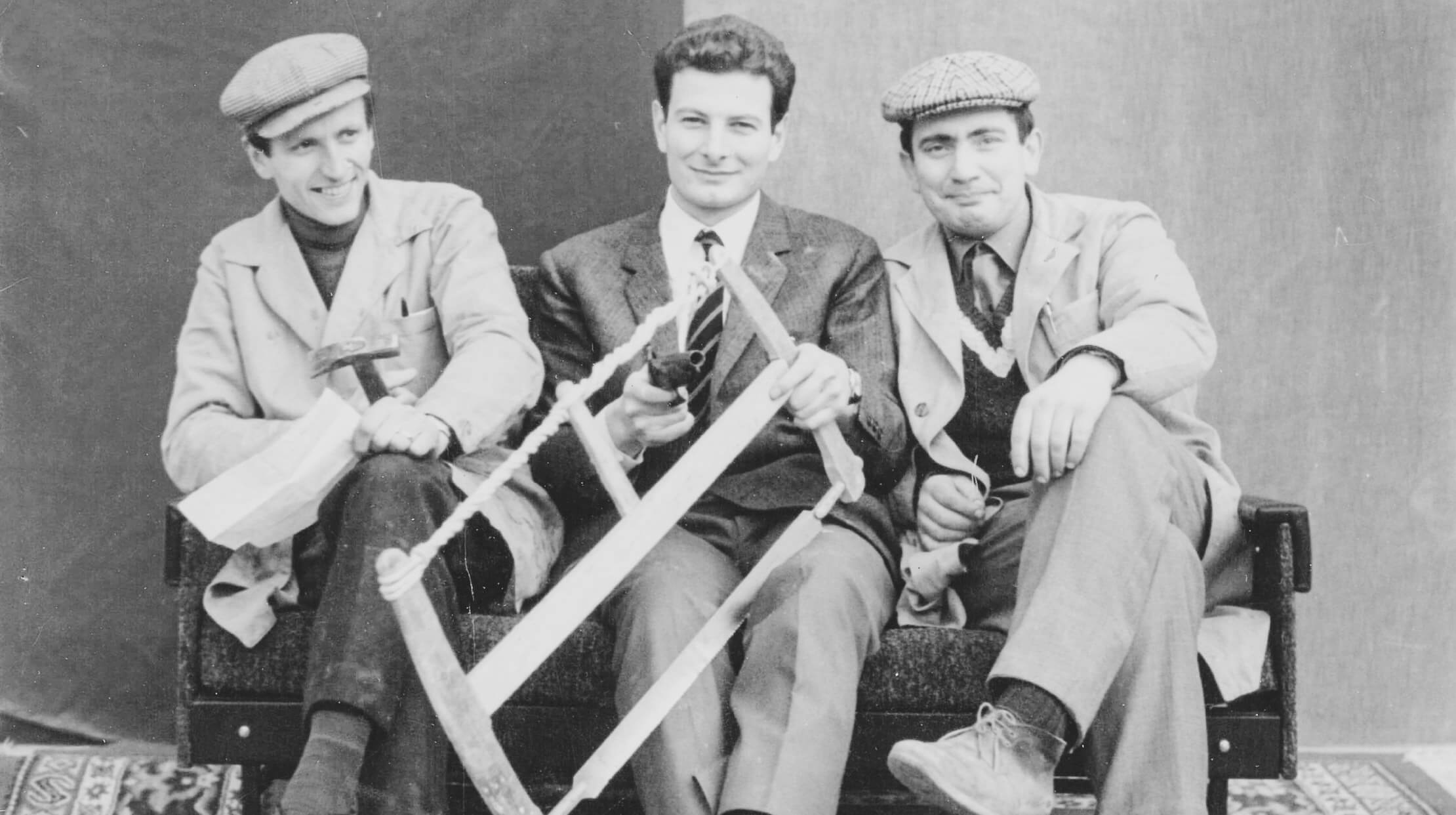 All stories begin with a hammer, a saw and a musket, right?
Well, perhaps not all stories, but ours certainly does.
At the age of eighteen, Luigi Bardini, the man in the middle with the musket, already had a strong character and a mind of his own. The sixties were coming to an end in Meolo, a nut-sized town to the north of Venice, and given the choice to become a flower child or an entrepreneur, Luigi had no doubts. He wanted to go into business.

It's a matter of shapes

Since money doesn't grow on trees, he began selling staples to local industries, and, to give credit where it’s due, he did it very well. After just two years as a sales representative (jacket, tie and briefcase), he opted to switch from staples to wooden furniture, setting up a factory with the help of two partners. Families needed furniture. Simple as that! 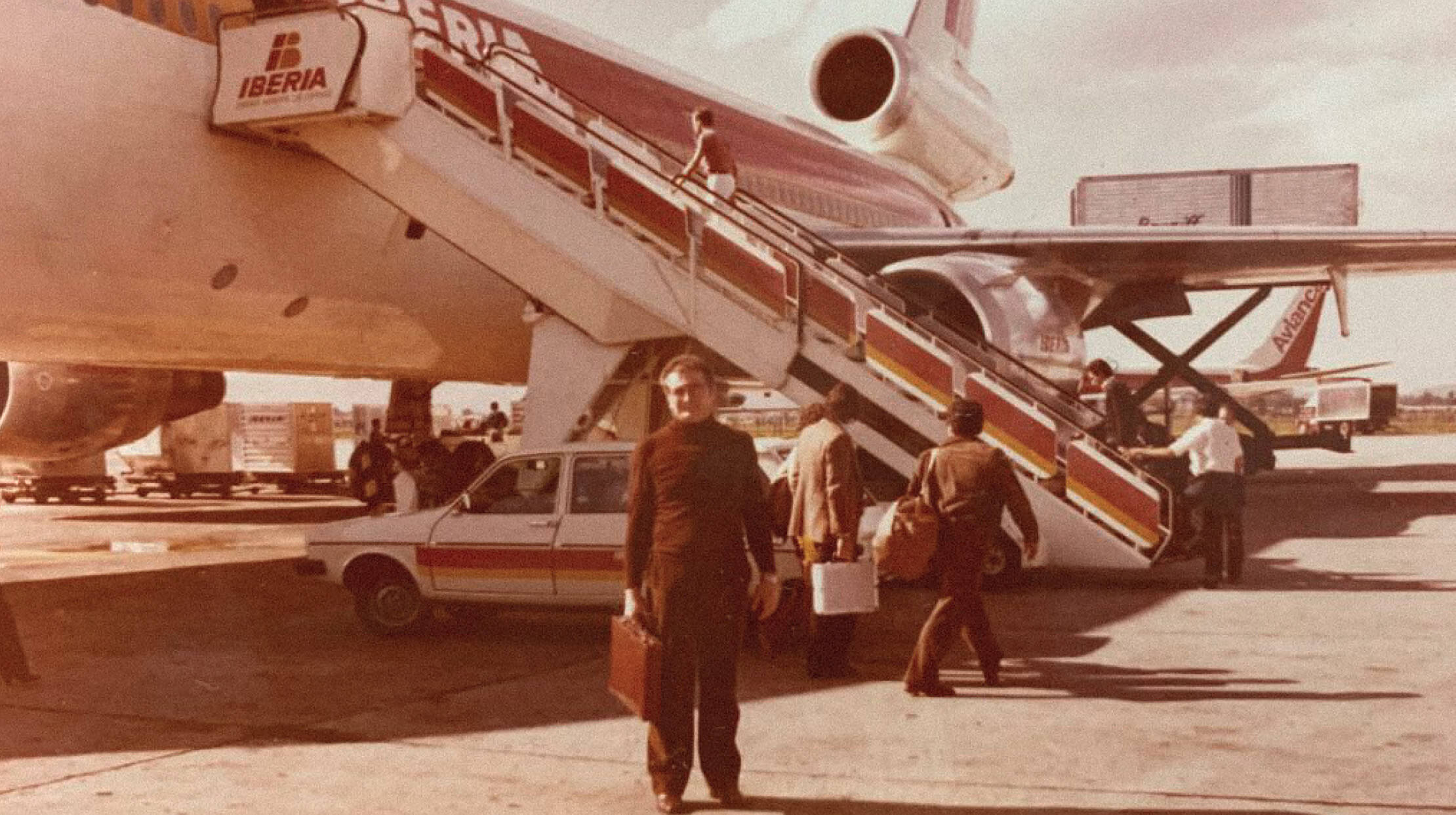 Somewhere in the '80s 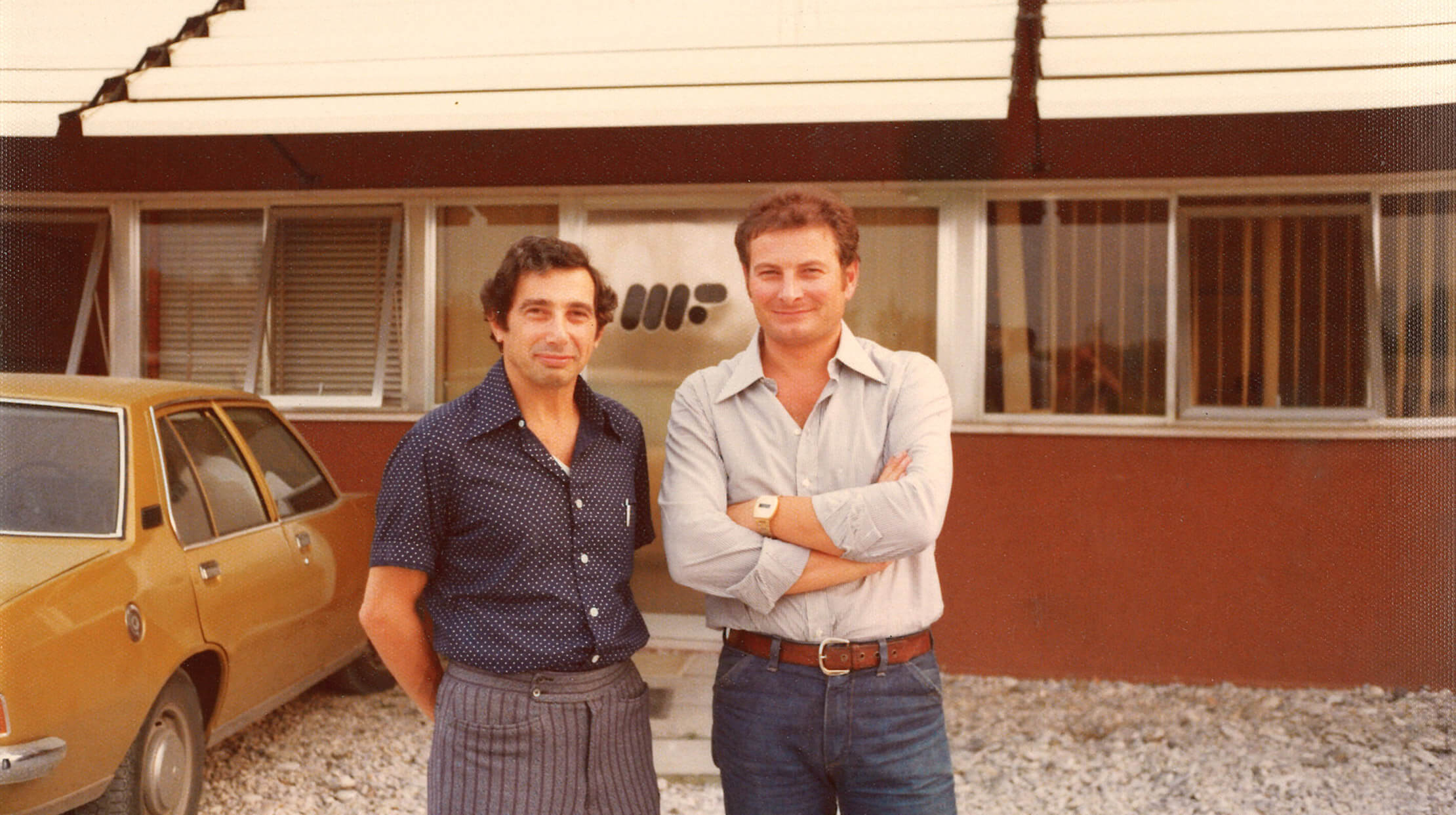 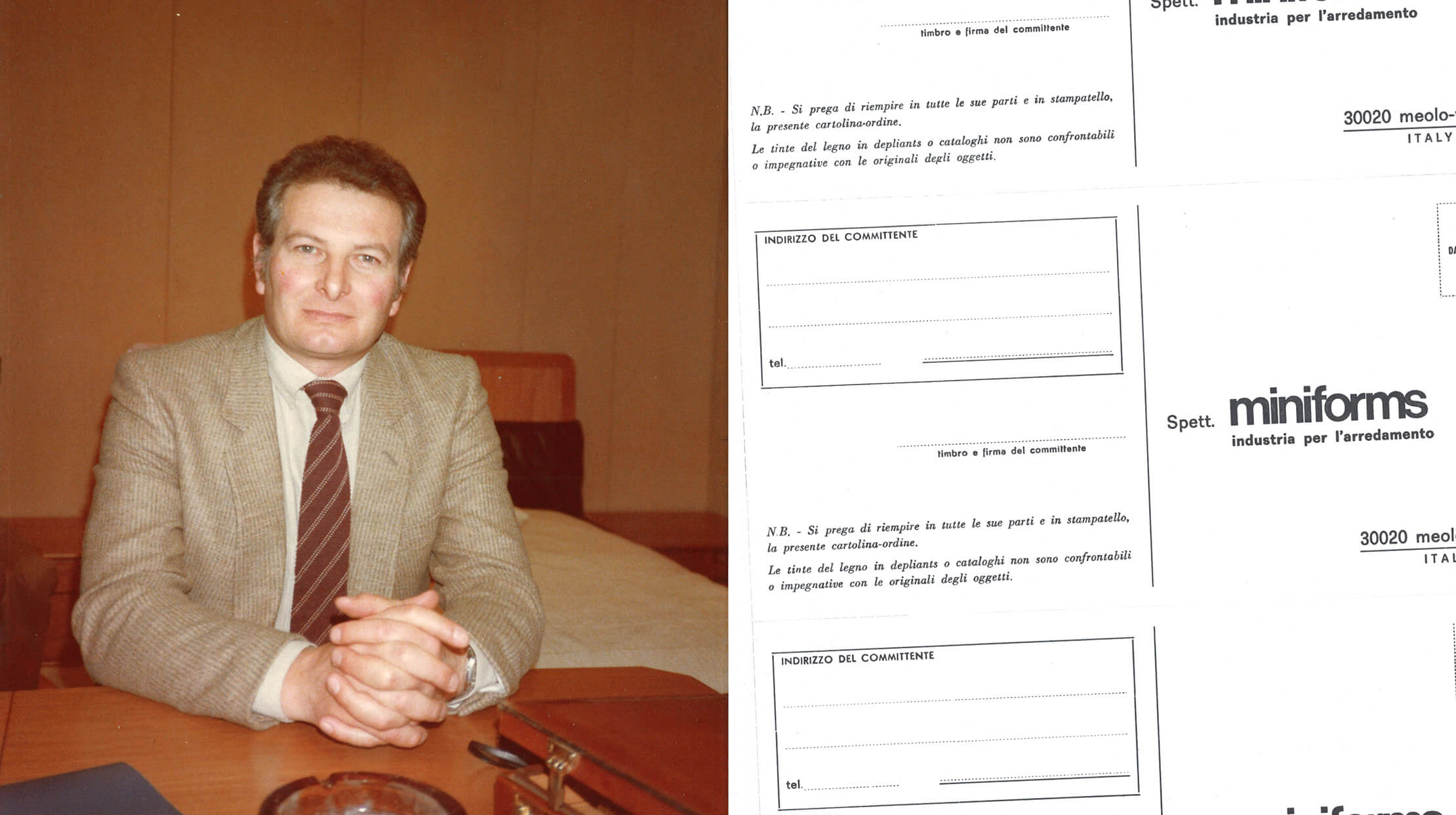 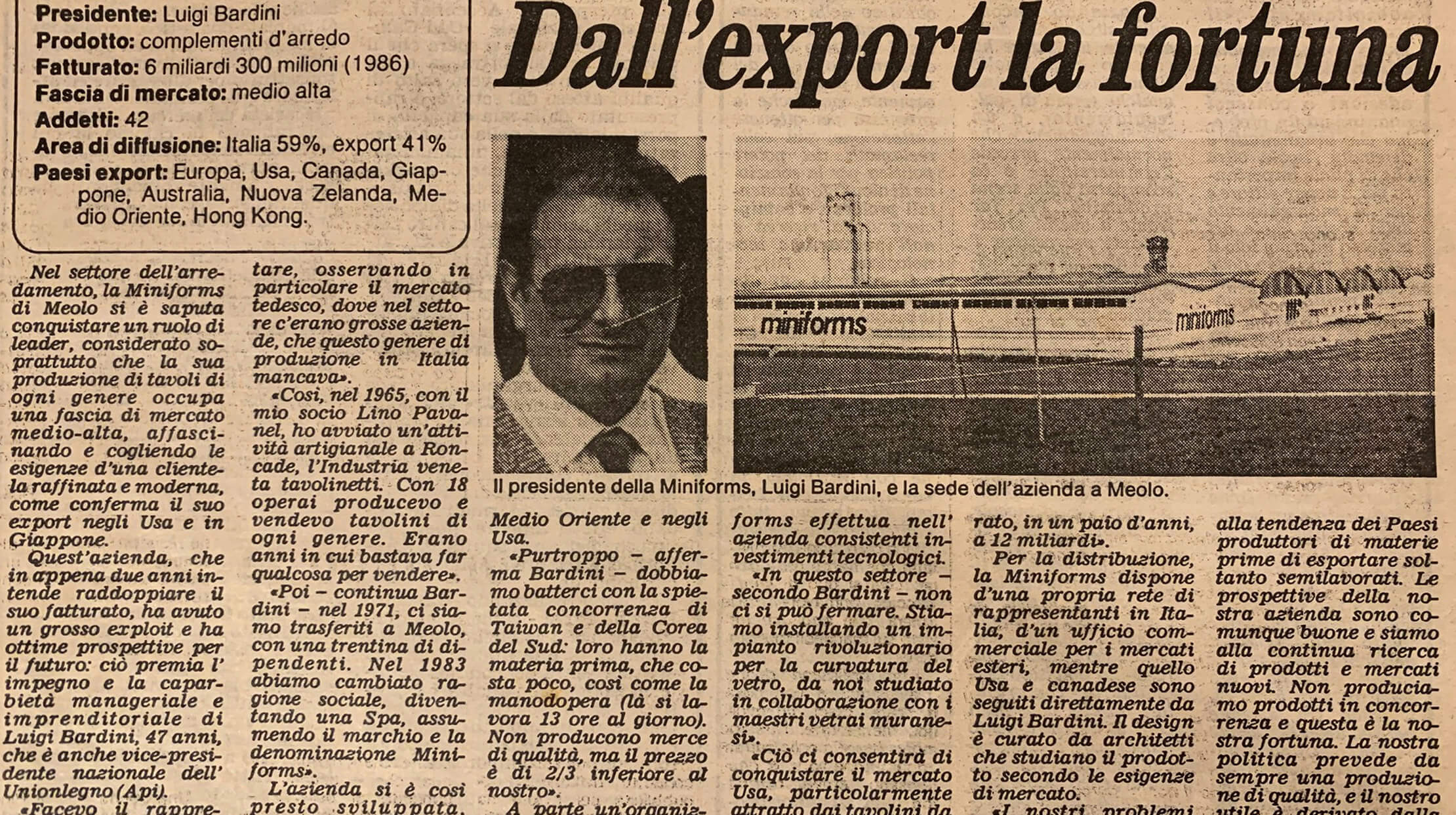 In 2009, Luigi handed the company over to his sons Alessandro, Matteo and Mario. At this point a few things changed. Young designers were chosen, investments were moved around, shapes became rounder and the product became iconic and avant-garde, but above all colourful. Are you crazy, a green chair…? our accountant asked us.

In truth, while always liking colour, Miniforms had always used it gingerly. It was scary. But fears should be squarely faced, so firstly we gained familiarity with the strong colours, the bold, exuberant ones, like yellow, red and green. Initially it was strange to see such a lively seat! Then we made friends with colour, grew more confident, and began to experiment with a broader palette full of different nuances. From there, we developed the breezy yet distinguished language, full of distinctively elegant and unexpected shapes, that is a common denominator in all of our products. 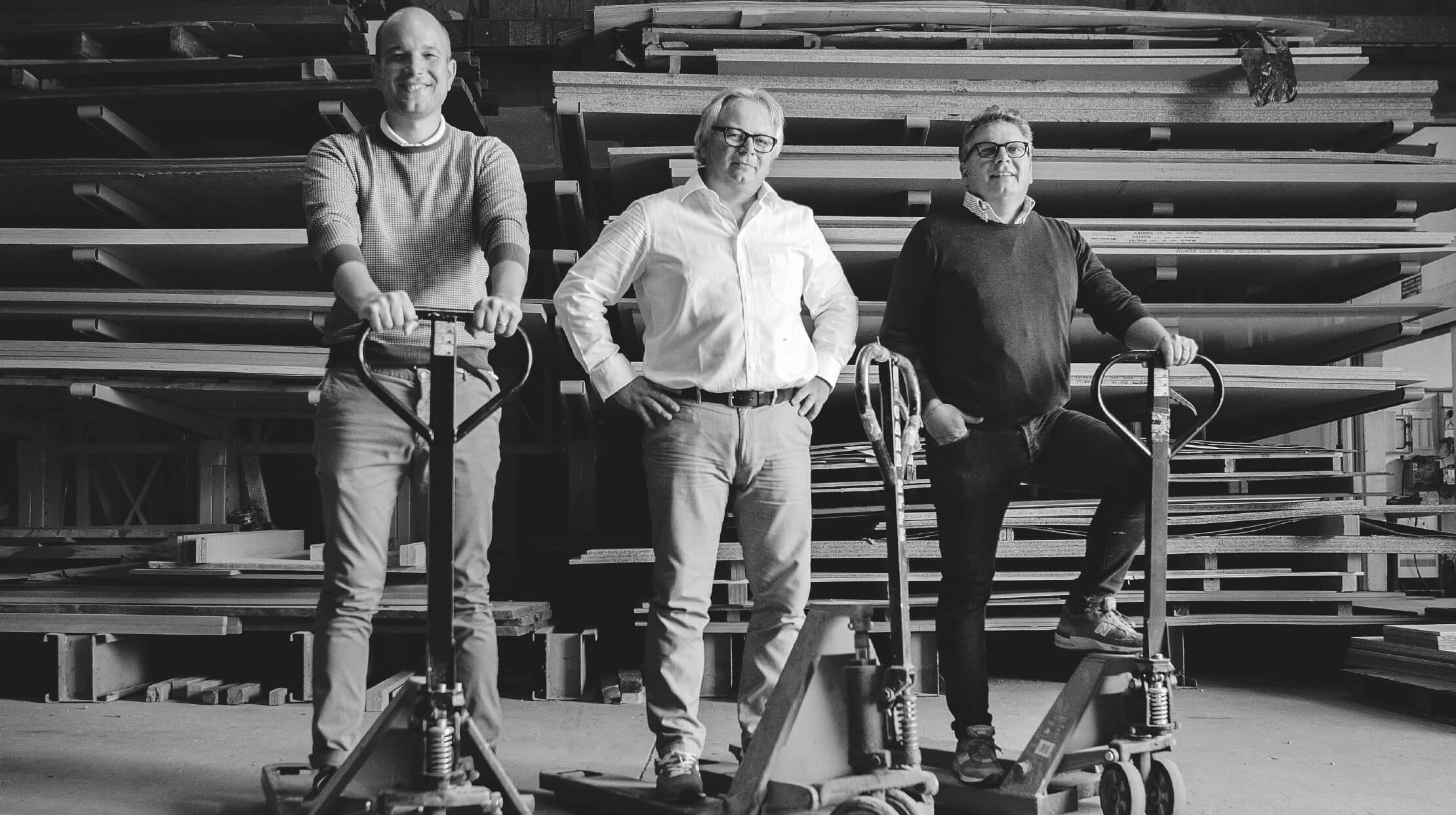 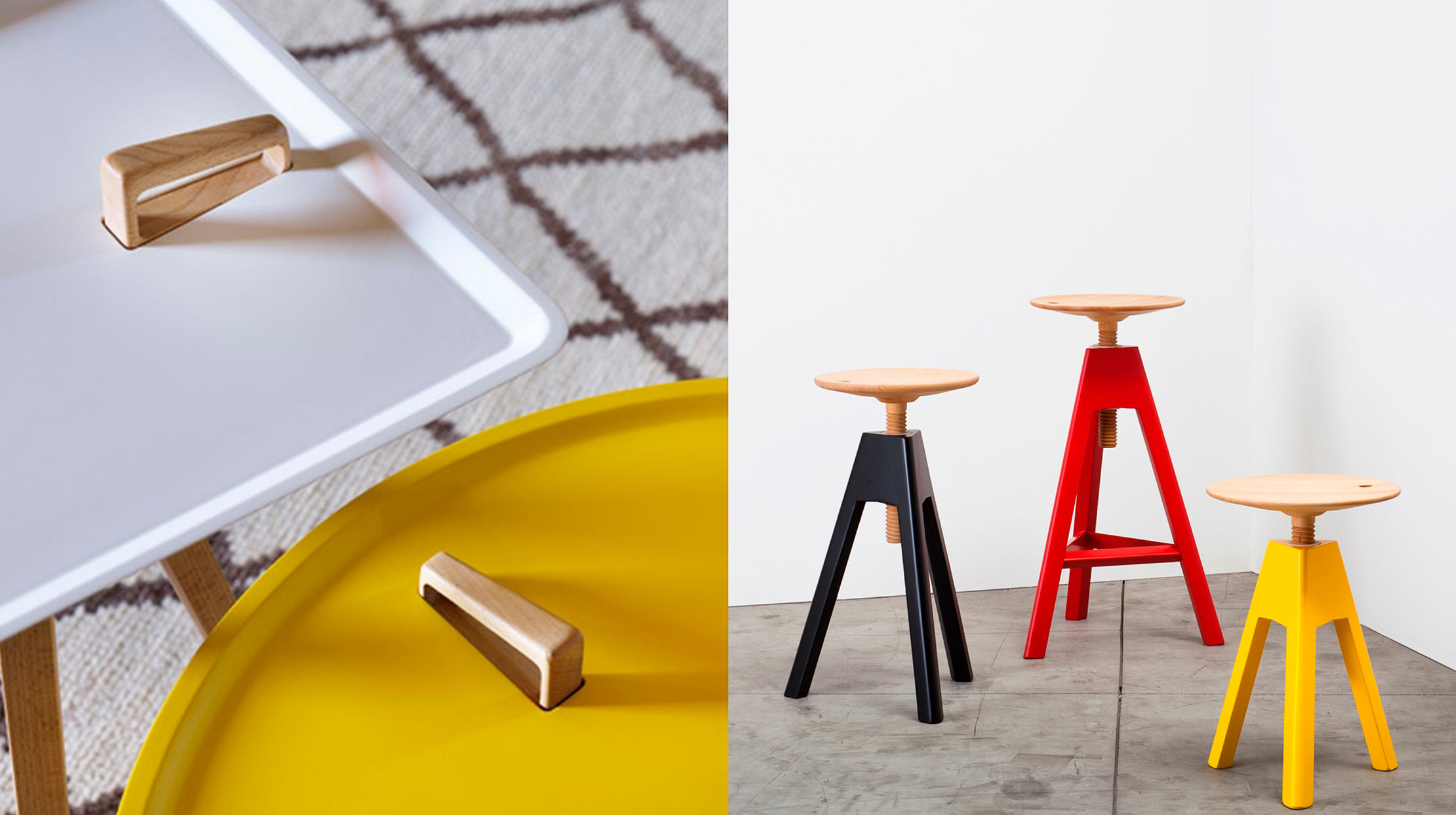 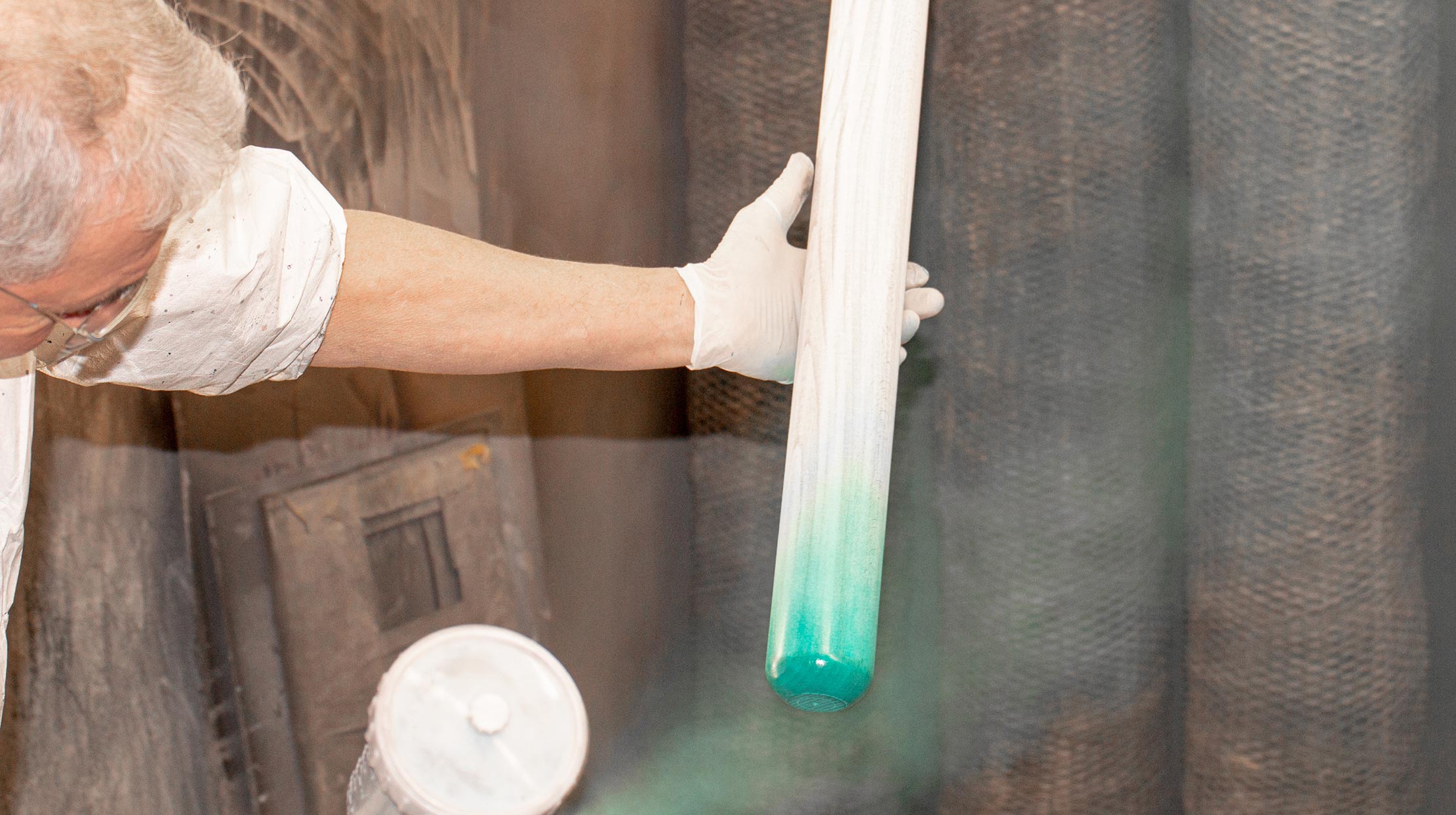 Like all transformations, building a brand takes time.
We prefer to steer well clear of labels, because ultimately we just do what we like, and we do it with pride. If we are attached to traditions, it is not because they are fashionable, but because we grew up in this region and with this way of doing things.
While contexts may change, the substance remains the same. Proposing products to be enjoyed. 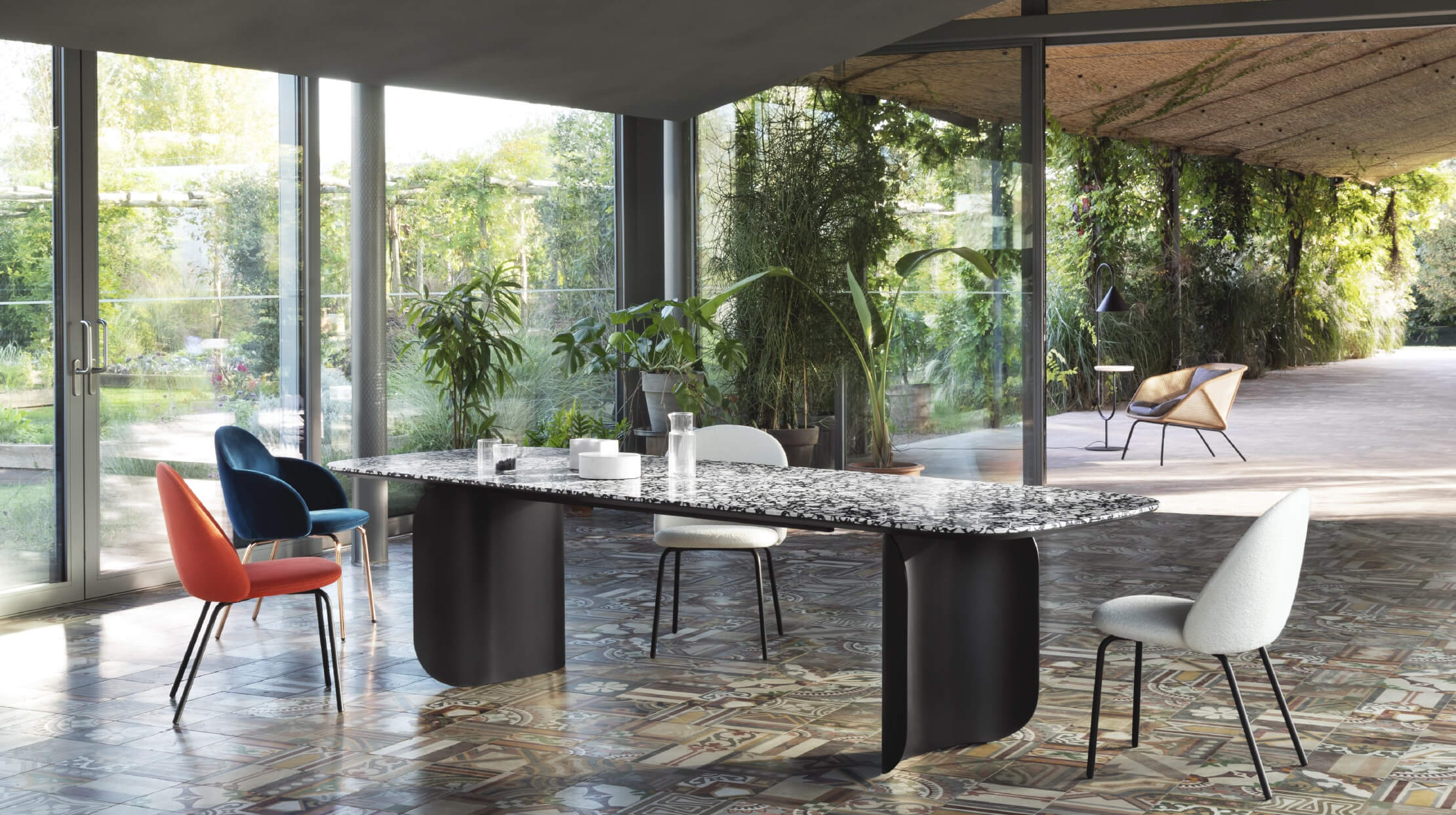